The Architect: Canadian, Frank Owen Gehry was born Frank Owen Goldberg; February 28, 1929. He is a Canadian-American Pritzker Prize-winning architect based in Los Angeles. A number of his buildings, including his private residence, have become world-renowned tourist attractions. His works are cited as being among the most important works of contemporary architecture in the 2010 World Architecture Survey, which led Vanity Fair to label him as "the most important architect of our age". Gehry's best-known works include the titanium-clad Guggenheim Museum in Bilbao, Spain; Walt Disney Concert Hall in downtown Los Angeles; Louis Vuitton Foundation in Paris.

Building Description: When it comes to “out of the box” architecture, there is probably nothing more creative than the Lou Ruvo Center for Brain Health, officially the Cleveland Clinic. A curvy, undulating metal-and-glass trellis, rising 75 feet high screens the institute’s banquet hall, while a series of stacked blocks separated by glass-enclosed spaces form the main entrance. This contrast of forms suggest the dual functions of the brain; simultaneously ordered and chaotic, structured and yet imaginative. It is such a stunning architectural masterpiece that pictures can barely do it justice; it must be seen to be fully experienced. The Center is approximately 65,000 sq ft and includes 13 examination rooms, offices for health care practitioners and researchers, a “Museum of the Mind,” and a community auditorium. The Center also serves as the headquarters for Keep Memory Alive, the Las Vegas Alzheimer’s Association and the Las Vegas Parkinson’s Disease Association. 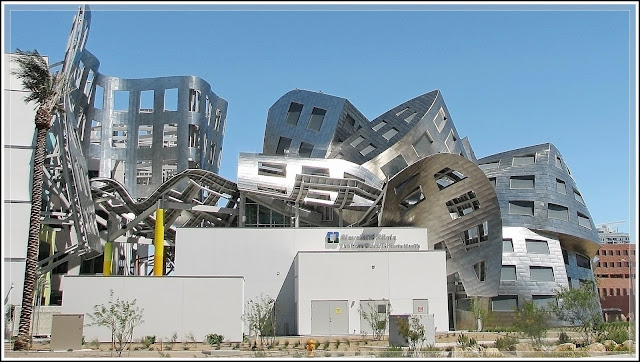 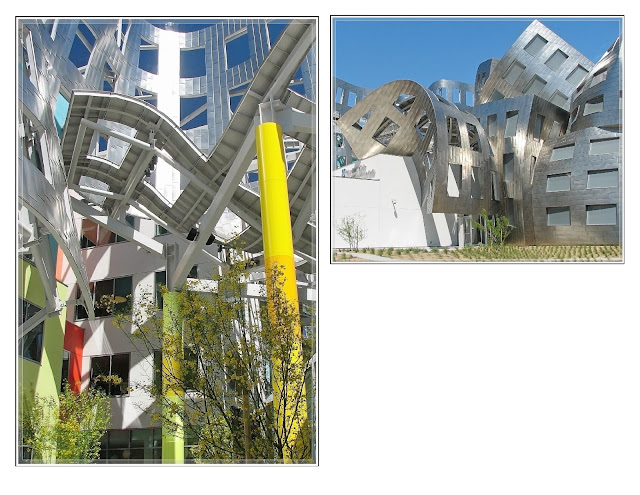 Click to return to ... The Art & Architecture of Las Vegas - Index


Email ThisBlogThis!Share to TwitterShare to FacebookShare to Pinterest
Posted by Ken and Connie at 7:25 AM