The Artist: LaLanne is French, born in Agen, France, who died in 2008. Acclaimed for his surreal animal sculptures, Francois-Xavier Lalanne worked closely with his wife, Claude Lalanne, producing curious objects that blur the distinction between fine and decorative art. The Lalannes rejected the abstract styles popular during the mid 20th century, choosing instead to represent the flora and fauna of the natural world. While Claude preferred plant life, Francois-Xavier favored animals that added an artful element to daily domestic experience. Lalanne also created large-scale outdoor and public sculptures in which animals such as bulls, sheep, and gorillas are modeled in larger-than-life proportions, cast in bronze, and installed in locations ranging from rural backyards to bustling city streets. Whether indoors or outside, Lalanne’s works echo his belief that “the supreme art is the art of living.”

The Installation: Best known for his bronze animal sculptures, François-Xavier Lalanne is one of the world’s most original designer-sculptors. Solo and with his wife, Claude, with whom he collaborated for the last half-century, Lalanne created sculptures that were reliably whimsical and witty. 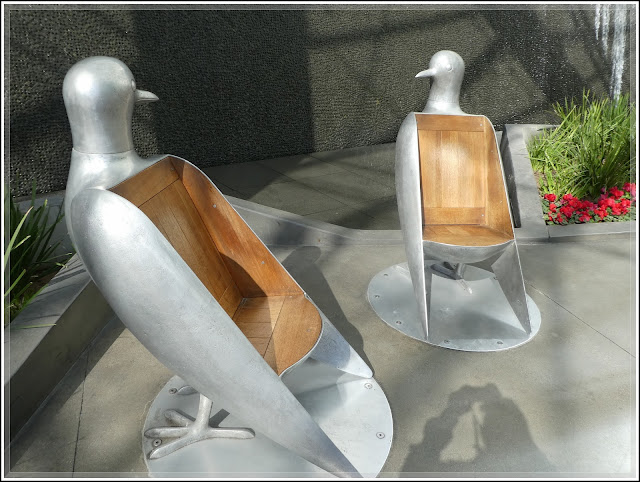 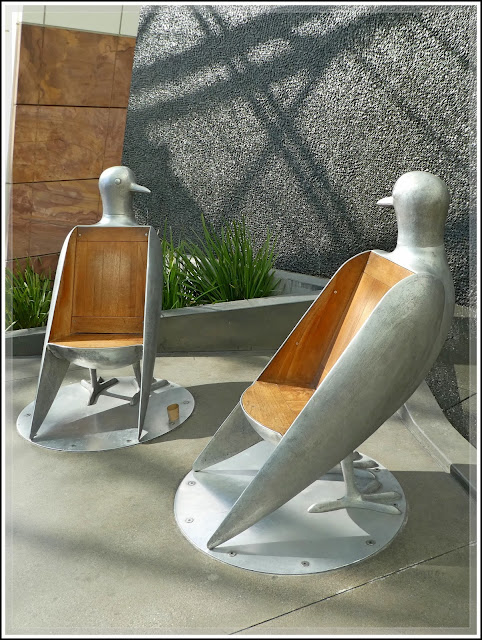 Click to return to the ... Index-for Artworks and Sculpture
or go to The Art & Architecture of Las Vegas - Index
Email ThisBlogThis!Share to TwitterShare to FacebookShare to Pinterest
Posted by Ken and Connie at 7:30 PM